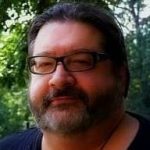 Lon Strickler is a fortean researcher, author and intuitive who writes and mentors on a variety of subjects.  At an early age, Lon realized that he had the ability to sense spiritual energy and found this useful in the field when conducting investigations. Most of his early field work concentrated on spiritual activity at historical locations, in particular the Gettysburg & Antietam battlefields. In 1981, Lon experienced a “Bigfoot” encounter near Sykesville, MD while fishing on the south branch of the Patapsco River. As a result of the incident, he included cryptids as an important part of his research.

Lon‘s research has been featured on hundreds of online media sources. Several of these published reports have been presented on various television segments, including The History Channel’s ‘Ancient Aliens’,’ Syfy’s ‘Paranormal Witness’, ‘Faked or Faked: Paranormal Files,’ & Destination America’s ‘Monsters and Mysteries in America.’ As well, he has been interviewed on several radio broadcasts, including multiple guest appearances on ‘Coast to Coast AM.’ He was also featured on Destination America’s ‘Monsters and Mysteries in America’ television show for ‘The Sykesville Monster’ episode.

Lon Strickler is am Intuitive and  Fortean Researcher who has studied Cryptid reports for decades. He had a “Bigfoot” encounter in 1981. Lon talks about the Flying Humanoids, The Upright Canines and Dogman reports going back over a hundred years, as well as the possible interdimensional/parallel reality/alternate universe aspect to Cryptid sightings and encounters. Lon also talks about the unusual experiences and powerful energy at the Gettysburg Battlefield. Lon describes his encounter with a possible “Mothman” creature while doing field investigations. 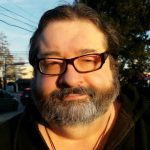 In Part 2 Lon Strickler talks about the Bishopville South Carolina Reptilian which was featured in a Monsters and Mysteries in America segment. Lon also talks about the Dave Eckhart case in which Dave Eckhart and his family near Pensacola Florida had numerous encounters with reptilians, greys and tall greys. Dave was taken to a reptilian underground base and had seen a lot of things, some of which is quite troubling. Lon also talks about the Todd Sees case in which Todd Sees may have been abducted by aliens. Todd’s body was later found. The Authorities tried to claim after Todd’s death that he had died of a cocaine overdose in order to discredit him. Eyewitnesses who had seen the strange state of Todd’s body were ordered to remain silent by the authorities.

Sachita returns to The Cosmic Switchboard to discuss the Milab Ops she has undertaken on behalf of a certain faction of the Reptilians. Some of these tasks involved assassinations and travel into the Future and back. Sachitatalks about Teleportation, Underground Bases, infiltration of high level reptilian meetings and much more. […]

Joedy Cook discusses the Dogman, a humanoid Wolf Being that has been reported down through the Ages. Joedy and his team investigated the many Dogman sightings in and around Germantown Ohio. Joedy reveals what he has learned from military sources about Humanoid Wolf Extraterrestrails. […]