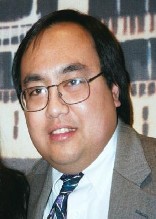 James Bartley has been researching Alien Abductions and the Military/Aerospace Connection to UFOs and Alien Life Forms for twenty five years. He is a protege of legendary Alien Abduction Researcher Barbara Bartholic of Tulsa Oklahoma. James has spent a lot of time conducting field investigations in the High Desert of Southern California, Arizona and Nevada. He specializes in research and investigations into Reptilian Aliens and Military Abductions.

He was formerly a member of the Night Search Paranormal Network (NSPN) and hosted his own show called “The Bureau of Alien Human Affairs: Directorate V, Reptilian Section or BAHA DV RS for short.

James is available for consultations.