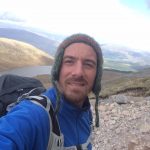 Tony Sayers of the Transcending Times website discusses his personal journey, his healing work and his observations of the Surface 3D World as well as his perspective of the Interdimensional Interference Aspects of this control system.

In Part 2 Tony Sayers discusses his work with survivors of Mind Control and Ritual Abuse Survivors.

Please join us for a free live webinar.