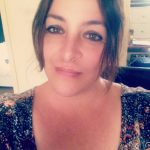 Karol has been taken to The Moon and to Mars during the course of her life as a Milab Operative. She has taken part in combat missions against people and against what appear to be large Cyborgs. She has been taken to Mars many times and describes the Jump Room which is used to send her to off world destinations including Mars. She describes forests, trees, a breathable atmosphere, large megalithic structures and blue skies on Mars all of which have been confirmed by independent sources. Karol has been subjected to intensive surveillance, monitoring, harassment and even experienced a surgical burglary upon her home when certain items of critical importance came up missing.
After a long period of silence in which she has endured much harassment, Karol has decided to tell some of her story. If anyone would like to contact Karol, please send a message through The Cosmic Switchboard Website and if the sender seems legit and doesn’t seem to be a troll or a nuisance then the message(s) will be passed on to Karol.

Life Long Alien Abductee Robert Hulse discusses some of his experiences beginning at 2 years of age with Extraterrestrial and Interdimensional Beings. He describes a “Missing Time” experience when he was a boy when he and his sister were dropped off by ETs at the bottom of a headland next to the ocean and they had to climb up a sea cliff to get to safety. […]

Jennifer Constantine, Milab and Private Investigator discusses the DNC “Swamp” in Broward County Florida as well as strange phenomena that occurs in that region. Jennifer’s father is a high level State Department Security Official and Jennifer describes what it was like growing up in a family with high level connections. […]