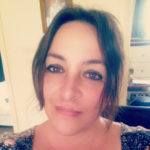 Karol Martin returns to The Cosmic Switchboard Show to talk about her recent Milab Experiences, Spook Encounters and interactions with recently stabinated Pod People. Karol’s restaurant and Take Out Joint is around the corner from a Stabination Centre and she has observed first hand the abrupt personality changes of people who have had the Stab.

In Part 2
Karol describes a rectangular craft she has observed since her youth. She also talks about a Pod Craft she has flown in which has taken her to Mars and some of her experiences on Mars.

James talks about training in James Bartley discusses the training reptilians give to human abductees. James Bartley also talks about the militarisation of Law Enforcement, the bogus War on Drugs, the expansion of NATO, the cross training of National Guard troops with Foreign Troops in Crowd Control and quelling Food Riots, the Immigration Agenda and how it all ties into the training of abductees by reptilians. Its where the surface level world meets with the deep black alien world. Matt R. has had reptilian experiences. He has been trained by reptilians in crowd control and riot control in a shopping mall in Louisiana. […]

Lets go out to the Hearing Test Van – by James Bartley

Years ago I had a discussion with Joyce Spivey. Joyce lived in the High Desert of Southern California and she had her own Milab (Military Abductee) support group. Eve Lorgen and I attended some of […]

Professor Darrell Hamamoto, the author of “Servitors of Empire: Studies in the Dark Side of Asian America.” Professor Hamamoto talks about the emergence of Asian Social Justice Warriors and the complicity of the UC system […]