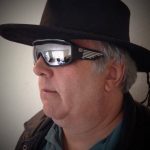 Derek Tyler began studying the topics of UFO’s and alien contact in 1967 at the age of six, when he had his first UFO sighting. It was not to be his last—he has had at least five more sightings, two of which involved military aircraft. One of these sightings lasted for over 40 minutes and in the other the craft approached within about 40 feet of him.In addition he is both an alien and military abductee who was able to retain a number of very specific and highly detailed memories of events which took place during several of his abductions. He has also interviewed well over three thousand abductees and was an acquaintance of the late Budd Hopkins, who was at the time considered to be the world’s top civilian authority the subject of abductions. 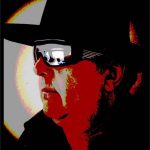 In the mid-1990’s, Mr. Tyler decided to open a discussion group on an Internet Relay Chat network. The group quickly drew in many interested people and within just a couple months was the largest and most popular channel of its type in the world. It was through this discussion group that he was eventually noticed and contacted by a number of individuals from deep within the covert world of black ops who had worked with aliens or their technology during the course of their regular duties. They were kind and generous enough to eventually meet with him privately, at which time they delivered a number of military-style briefings to him and educated him about many things he would have otherwise never had a way to learn.

Derek Tyler is currently the administrator of a discussion group on Facebook called “UFO’s and Alien Contact” and has been studying all things alien-related for about a half century. Far from having all the answers, he is acutely aware of the limitations of his knowledge and understands clearly just how many things about aliens remain unknown to us at the present time. He is preparing to release his first book on the subject, one that seems destined to break new ground and garner a lot of public attention. It is entitled “Alien Contact: The Difficult Truth” and it is unlike anything you have ever seen before in terms of manuscripts within the UFO genre.

Bartleys Commentary on the Greys

Alan Godfrey is a retired Police Constable from England who has written a book about an Alien Abduction experience and the subsequent harassment he endured. Alan also talks about a strange death he investigated which may be UFO related. In Part 1 Alan talks about his investigation into a possible UFO related death. He also discusses his alien abduction experience. […]