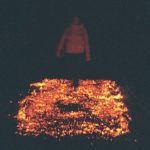 It was not until I was 52 years old that I received an answer as to why my life was filled with intense experiences and drama beyond the ‘norm’. I had a soul reading which confirmed what I knew and what I suspected but didn’t really want to know. As I have a Reptilian portion in my soul, I am seen as a traitor by the cabal because in this life time I will not go along with their ways. They know who I am, they know who we all are. They have special interest in DNA. I have constantly been pursued by energies/beings who seek to take me over, possess me, control me and am abundantly thankful to the Source and my guidance for protection.

I found it difficult to understand why I seemed to walk into dramas, get involved with agendas and be subjected to Black Magic, seemingly getting caught in the middle of things that felt dangerous and were outright dangerous at times.

Socrates said, “Know thyself.” This little quotation – two words – can bring great consequences when applied to life. If we are here to evolve, then this is the foundation of our evolution, to know ourselves and heal ourselves and as we heal ourselves, the collective heals. So, ultimately those of us born with a part reptilian soul have the opportunity to help heal the reptilian invasion we have now had for eons upon our beautiful planet Earth. We may not only fast track our evolution, we may fast track the evolution of our beloved planet bringing in the new reality that no longer includes the dominant culture of a reptilian controlled society. As I mention that phrase ‘fast track’ I have to smile at the endurance it’s taken to get this far but that is just a concept of time and space that the human experience has. I can smile because I have hope. Of course, the Reptilian involvement goes deeper with the Archontic influences and the Artificial Intelligence agenda as well but I’m just going to stick to the reptilian component for this article.

I now know that my mother is 100% reptilian (soul make up) and so life for me was fraught with challenges from the beginning. Most of my soul is Pleiadian and it would seem that that is not very acceptable to a Reptilian soul. Somewhere along the line I chose to take part in an experiment and add Reptilian to my mix. Apparently, this can only be done with consent. I have moved from questioning what the hell I was thinking to an almost acceptance now. It’s a work in progress. I felt quite horrified upon first hearing this and that I had my part to play in hurting and harming others but also knew that great strength and healing comes from becoming aware of and healing our shadow aspects. It is the least and greatest we can do. Some people give grace and that is a healing invitation. I would encourage people to give grace at every opportunity that they possibly can (where appropriate). I thank the people in my life who modeled love and grace to me.

I have had past lives in power positions and also in natural peace loving roles. I know for sure now that government systems will never work. I have past life memory of being owned and controlled by the military at every move and that life ended badly with me being poisoned. That was not the official story. That is my memory. I came into my present life carrying guilt, trauma and pain that has had to be resolved in this lifetime. I can see the Black Magic Satanic nature of government complete with the word spells of legislation that powerfully enslaved people and now have trouble comprehending why people want to have so much to do with it. I now seek to be entirely free of it to the best of my ability. All my past lives have taught me something. Going from one extreme to another and hopefully closer to a place of completion where all is integrated and these highly dualistic experiences will lead to a harmonious, loving and joyful existence, all DNA repaired and some of those ancient but familiar experiences of telepathy, teleportation and instant healing are restored.

It is so easy to judge the world and we have all been socially conditioned to do so by having our opinions on politics etc., and being subject to the Reptilian value of divide and conquer. I have come to a place within my being where I feel a certain amount of compassion towards those in power, who are controlled, manipulated and really have no life of their own. They are blackmailed, power has not given them what they expected, and they were duped and often bred to perform their role. It’s not easy to integrate the depravity involved. There is profound sickness and much need of healing. Some may change and I can only hope they choose to do that. I have no tolerance for depravity and also realize that all of humanity’s negativity and judgment of it is only fueling what already is happening. I see this as a cycle we can all break free from together. A personal vision of mine has shown me that it may only be at the point of absolute surrender that the old paradigm will break down completely and we can live on a New Earth in harmonious communities. There may come a time of healing after this great time of healing and cleansing as I see it.

My earliest memories of this life, past lives and ancient lives have been accessed through mind/body therapies, such as Breathwork, “The Journey Therapy”, Shamanic journeying, hypnosis, meditation and more. I chose to study in a healing profession to ultimately heal myself and am drawn to healing. I don’t call myself a healer as I believe it is only possible for people to heal themselves and my role is to be alongside them, creating a safe and honoring environment to support their healing.

I won’t go very deeply into the personal details of my life as my mother is still alive and the story is more book size. I respect my mother and I hope for her that the last years she has in her incarnation can have some peace and happiness in them. I would like to end the cycles of incarnating with her. It is my choice to stay separate from her life now as much as is possible. It’s just one of those healthy boundary things.

I’ve worked for many years now on accessing cellular memory and healing it, healing my perceptions of the events that happened between us and they were severe. I found that those with a Reptilian soul can be unpredictable, quite psychic in a scary way, violent, power hungry, threatening, self-serving, judgmental arrogant, controlling, etc., and I had to undo some of my own programming along these lines like learning how to have an innocent perception rather than judge others, to learn humility etc. I realize that my mother had to endure some horrific childhood stuff which she has kept a secret even to this day, so much of a secret that it is secret to herself. Having had major traumatic events, I can comprehend how an incomprehensible act is suppressed. Anything that is suppressed will surface at times and so the major trauma that happened to me early in life was not authorized as I had it explained to me by someone who knows a lot about these kinds of things. It was just an act of violence. My mother was doing the best she could. I have a sense, that whether she is conscious of it or not, she moved half way around the world to have her family and maybe that was to protect us from what she had to endure? I cannot be sure, it is just a feeling I have even if it is just to make me feel better. I am fortunate to have a good streak of optimism in my personality. It has helped me immensely to be able to look at the brighter side of life and healing my life has taught me how to be more discerning and keep more out of harm’s way – I am still learning it.

So I thank the greatest teacher in my life, my mother for her part in preparing me to be strong and of service to others now, to compel me to know myself, to seek healing, to set me on the path of answering my myriad of questions about life, the universe and everything in my quest for finding resolution. I particularly thank the source of all life for keeping me alive and for intervening when I thought it was better to get out of life than stay in it. Some of those ways were highly creative. I thank all those that have extended love and grace to me, and who have shown me what love and acceptance is. I thank my friends now who can hear my story and recognize me as the soul that I am, to provide a safe space and actually seem to comprehend what I talk about without finding me outlandishly odd and for being alongside me in the journey of bringing heaven to earth. Thank you from the depth of my heart.

Sachita has had many encounters with a particular faction of the reptilians. She is intimately familiar with the reptilian culture, how they think and why they behave the way they do. In the past she […]

Poppy is a survivor of SRA and extreme trauma during her childhood. Poppy has had encounters with non-human life forms including ETs, Reptilians, Elementals and other beings. Poppy is a student of Mayan Astrology. […]