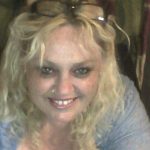 Stone Hobbit is a survivor of Satanic Ritual Abuse and Mind Control. She has had many encounters with different entities both positive and negative entities some of which were working through various cult members.

I was raised in an environment of physical, sexual, and psychological abuse in a family involved in circles of religion, Masonic orders, SRA, satanic rituals, pedophile cult rings, Mind control programs, politics and other govt department and system Abuse.I was an initiate, An infant programmed/groomed into for the use off, sold and brought. 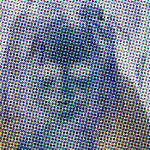 From the beginning I also interacted with once labeled the paranormal through to the inner standing of multi dimensional and off worlder’s, in parts walking through this journey with me allowing me to see events played out on other levels. Being able to unravel programs through identifying commonalities between scenarios and outcomes, braking down phonics ,triggers Stockholm syndrome, stuck states and dimensional accessing through dream states . From parasitical and energy harvesting, belief programs, educational and indoctrinated systems to past life connections and frequency to light manifestation.I work with transmuting and integrating violations of free will, sexual abuses, identifying mind control programs.

Stone Hobbit returns to The Cosmic Switchboard Show to talk about the various forms of manipulation and control exerted by the negative forces. In Part 1 She talks about the Shame Based Programming exerted by narcissistic sociopathic controllers. Stone Hobbit also discusses the innate potential we all have to break free from this Matrix Prison. 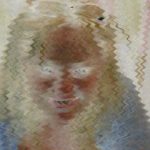 In Part 2 Stone Hobbit talks about the proper mindset to recognize the multiple threats in our 3D environment. She talks about pattern recognition and how to spot the sources of negative frequencies in chemicals, in light and sound that may harm us.
Stone Hobbit’s Website: Unexpected Journey’s

Part 2 – Members Only (Become a Member):

Belinda Noakes is the Courage Mentor. She helps people find the courage to finish with karmic imprints and agreements. Her work focuses on ending unhelpful repeating patterns by moving through trauma and releasing any sense […]

Jerry Marzinsky and Sherry Swiney discuss how voices in people’s head are really malign negative entities rather than a chemical imbalance in people’s brain. […]

In this second interview with her, Theresa expounds upon dreams and what she calls “sleep visions”…as among the very highest forms of the most advanced empathic phenomenon. […]