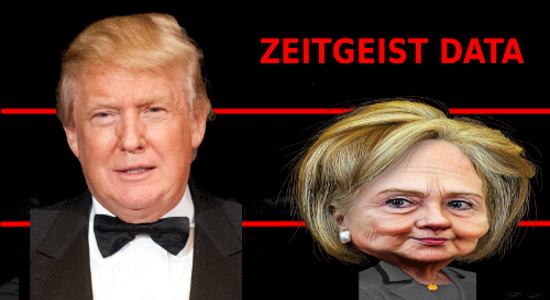 An analysis of Zeitgeist data from Google Trends shows that Hillary Clinton’s lead is fake and that the American people really thought Donald Trump won the 3rd presidential debate.

1) I chose to track search data, because what people search is a digital reflection of what people are thinking. Google trends search analytics are the best way to get a pulse on what the zeitgeist is saying, or what is on the unconscious mind of the public.

3) The data presented here contradicts the narrative presented in the American Corporate Media Machine to such an extent, as to render their narrative “Orwellian”. It is scary how different the data is here, than what is being presented.

*PLEASE NOTE: I have many more data sets like this, that prove that if the public perception highlighted on Google search is correct, that Donald Trump is the CLEAR winner.

Clicking on a screen shot will take you to Google trends where you can view the data source. 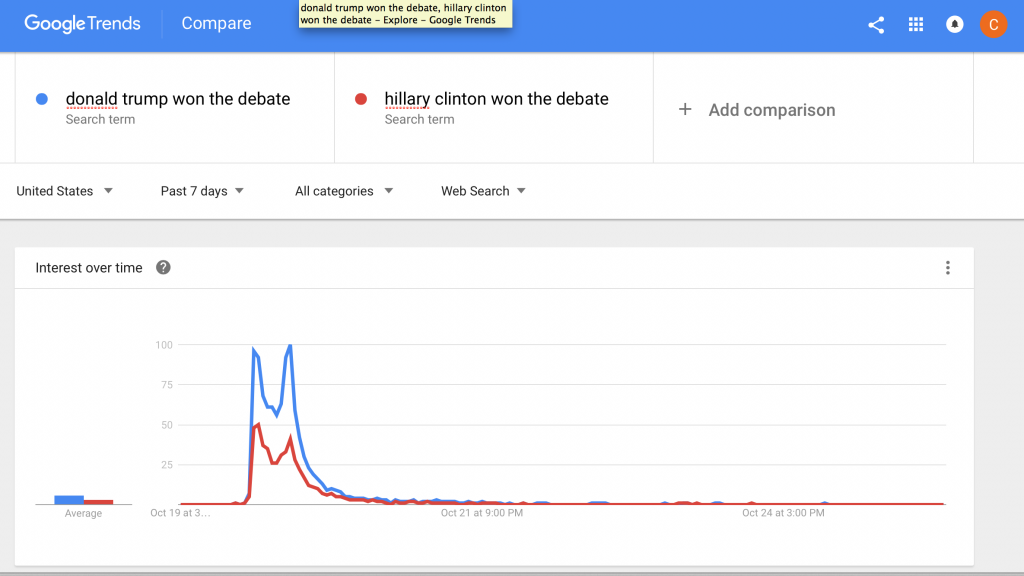 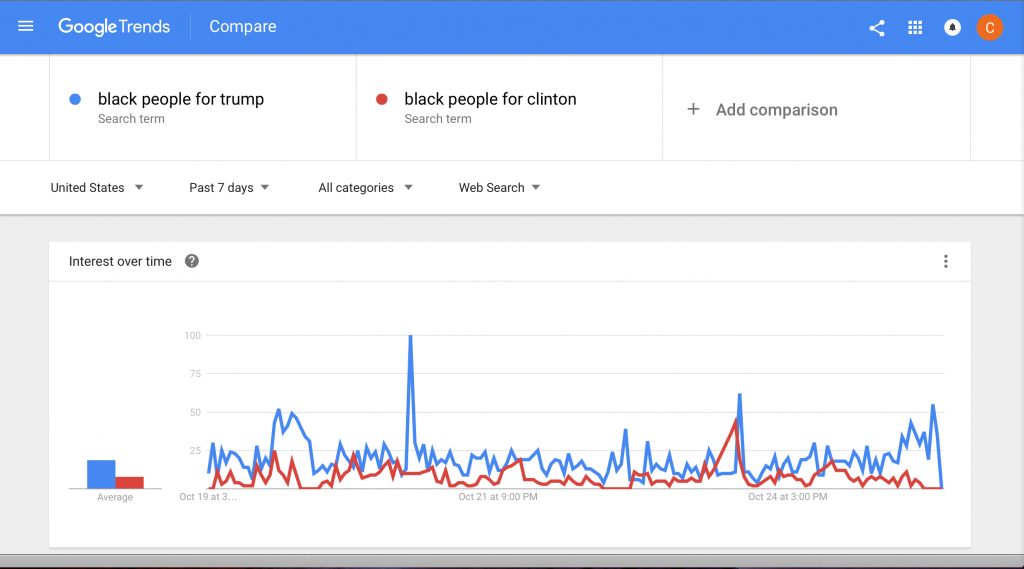 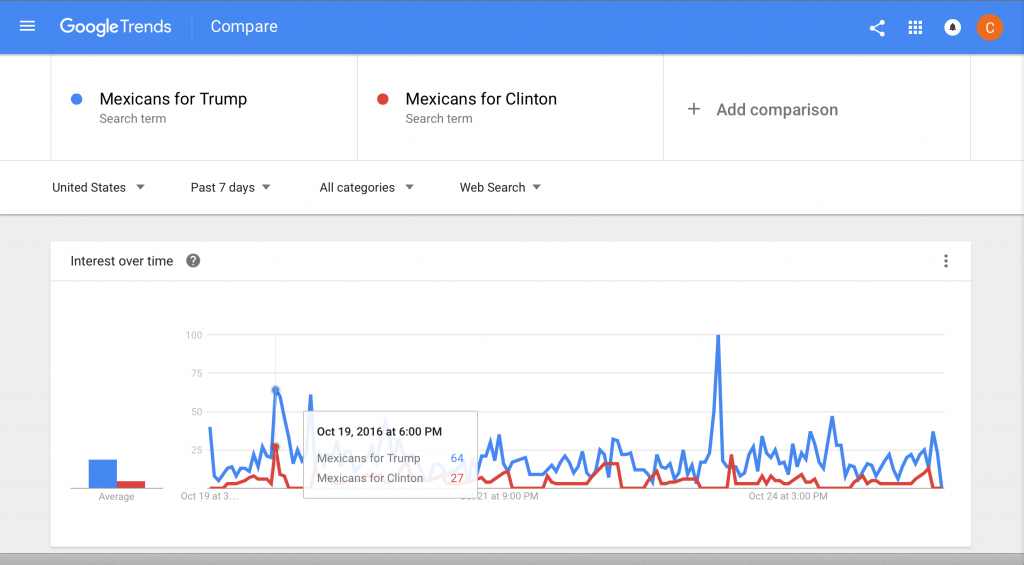 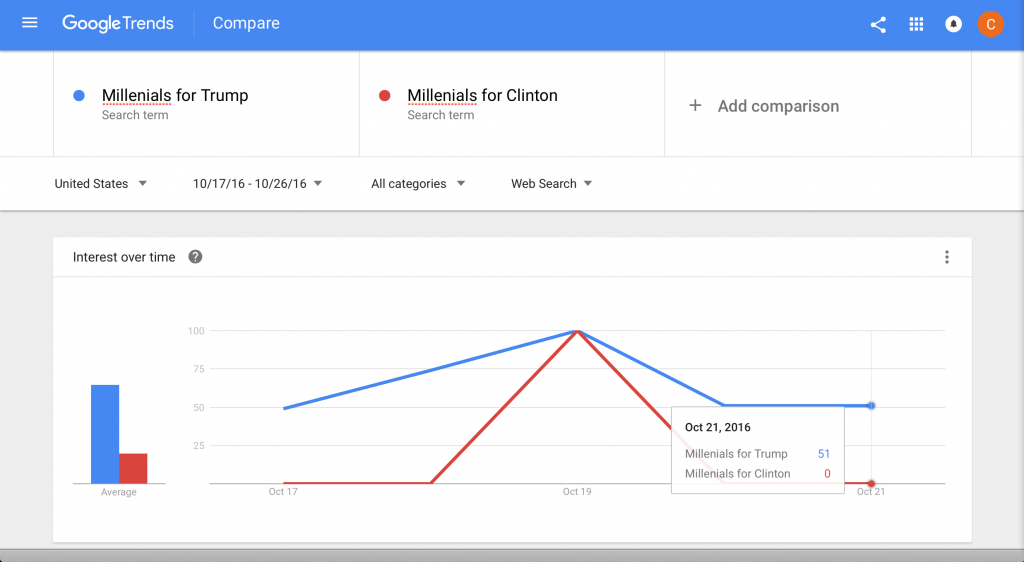 THE MOST IMPORTANT SEARCH DATA:

Vote For Trump vs. Vote for Clinton vs. Obamacare Premiums vs. Trump Accusers

*Trump is clearly breaking away at a level that is nearly off the charts. “Vote for Trump” eclipses the biggest news story of the week – obamacare premiums being raised by 20+%, and “Trump accusers”. Just today, he closed the gap by 3 polling points on a mean average, yet the media continues to spin it’s laughable narrative that he has “lost the election.” Like I said, it is Orwellian. 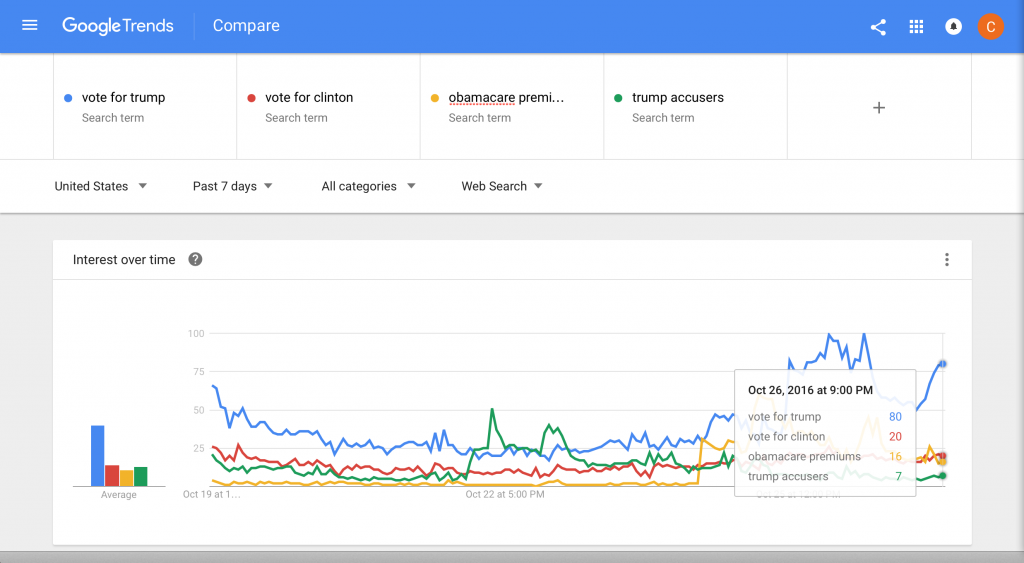 *Will Trump win is off the charts. 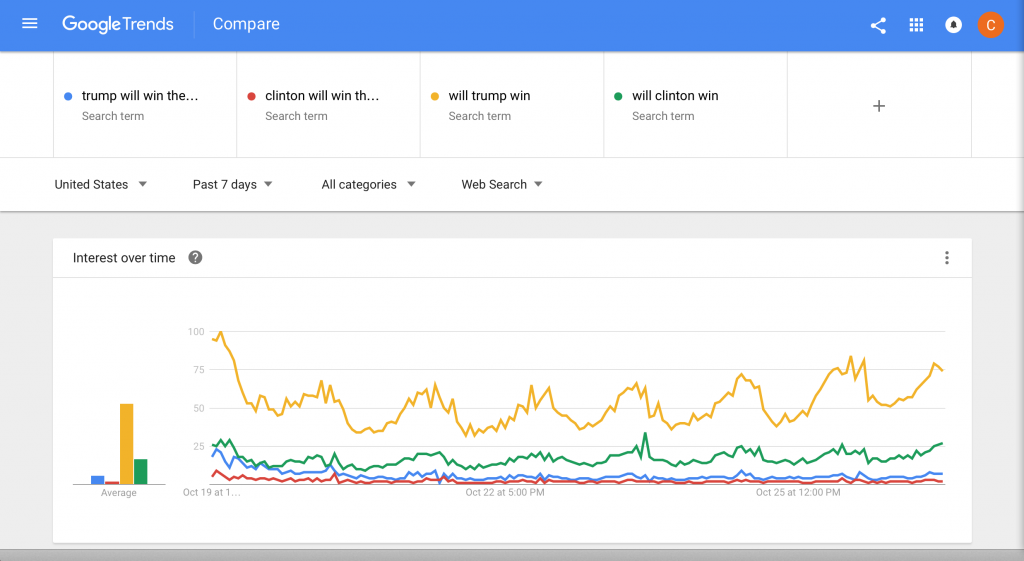 James Bartley discusses the Bottomless Swamp and Donald Trump’s role as the Figurehead, Gofer and Lightning Rod of Controversy and focal point for Civil War. James discusses the impending appointments to the Trump Administration which leaves one in no doubt that the Swamp is bottomless and will only get bigger with time. James also discusses the fake Missile Shield, Fethulah Gulen and his Charter Schools and much more. […]