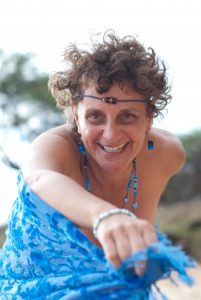 Jeanice Barcelo is a transformational teacher, a birth activist and whistleblower, and someone who is concerned with all things that limit or undermine human love. Jeanice is an outspoken leader in the movement to expose the violence of hospital birth and to get birth out of the hospitals and back into the home. Through her radio and television shows, and in her forthcoming book series, she speaks out about the horrors of technologically-managed pregnancy and childbirth, as well as the evils of mind-control, satanism, pedophila, child abuse, pornography, abortion, vaccines, and more. Jeanice has spent the last 15 years uncovering the long-term and inter-generational impact of primal trauma on the human body/mind/spirit system. She views the ever-escalating amounts of violence being inflicted on babies and pregnant mothers as systematic, methodical, purposeful evil. Jeanice has lectured extensively on this topic and has created an important curriculum designed to help end the lineage of abuse, violence, and trauma and restore humanity’s capacity to love. Jeanice’s work is dedicated to creating a mass awakening on planet Earth and to the elimination of evil worldwide. In addition to her radio and television shows, she offers educational classes, webinars, and teacher trainings, as well as programs designed especially for men. 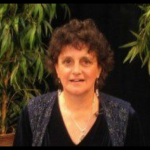 Jeanice Barcelo, M.A. discusses the brainwashing of parents into believing in the safety and sanctity of the Western Medical system. She describes this system as a Technocratic Luciferian System designed to ensnare us, our Energy, our Minds and our Souls, She describes the dangers of Ultrasound on a developing human baby. She goes into detail about the Pre-Natal Assault on developing babies in the Womb. Ultrasound opens the Blood Brain Barrier and directly targets the reproductive system of babies. Once the blood brain barrier is opened, it paves the way for dangerous vaccines to cause irreversible brain damage. 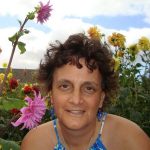 Jeanice talks about Sex Education and the Normalization of Pedophilia. Jeanice also describes how students in Medical School and especially Residents in training are subjected to Trauma Based Mind Control in order to remove their empathy and turn them into Narcissistic Sociopaths and Psychopaths. Medical Students are compelled to torture dogs that are given no anaesthesia. She describes the true meaning of Pharmacopeia which means Sorcery. She goes into details about the Luciferian Cult behind all of this. She describes Group Molestation of Cows in Medical Schools.

Jeanice goes into detail about the Trauma of the Birth Process and how during the Third Trimester of Pregnancy the doctors will try to push false prognosis in order to trick the expectant mother into submitting to Induction i.e. forced drug induced birth.

Bernhard Guenther returns to The Cosmic Switchboard Show to discuss the work of Thomas Mayer who wrote “Corona Vaccines from the Spiritual Perspective: Consequences on Soul and Spirit and the Life After Death.”Thomas Mayer warns about the very real spiritual dangers these Fake Vaccines pose. Colleagues of Mayer’s in the Energetic Healing Field have noted there is a negative spiritul entity aspect to the fake vaccines. In short the vaccines not only cause physical damage to the Human Body, they provide the means for literal negative “Soratic” entities to be injected into a person’s body. This is a profoundly disturbing revelation. […]

Jeanice Barceló returns to The Cosmic Switchboard Show to discuss her newest book “The Dark Side of Prenatal Ultrasound and the Dangers of Non-Ionizing Radiation.”In Part 2 Jeanice Barceló continues her discussion about Ultrasound as well as other means being used to harm humans. […]