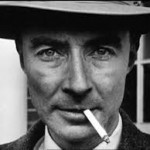 James Bartley has researched Alien Abductions, Reptilian Abductions and Military Abductions for over twenty five years. In Part 1 of the first ever installment of “Bartley’s Commentaries on the Cosmic Wars” James discusses the need for people to “up their game” and move beyond the Five Sense Conspiracy. He talks about key figures in Scientific History who were known to be involved in the analysis and back-engineering of Alien Technology including Dr. Vannevar Bush, Dr. John Von Nuemann and Dr. J. Robert Oppenheimer.

James Bartley discusses the secret research into Alien Technology and Alien Life Forms at Wright-Patterson AFB. We have to keep in tune with the times and as Alex Collier says, we are going into a whole “nuther level of Strangeness.” Many people who are aware of their ET experiences will be able to take these changes in their stride. Most of those still stuck in the Five Sense Conspiracy will not adapt to these changes as easily.

Commentary on Soul Hijacking and Reincarnation

James Bartley discusses “The Hijack” wherein Higher Dimensional Souls embodied in higher dimensional beings, were essentially hijacked and pulled down into this dimension first to have incarnations in other star systems eventually to be dropped off on Earth to go through the Karmic Cycle and the Past Life Memory Wipes for purposes of Loosh Nourishment for Archontic Beings. […]

James Bartley discusses the Media and Authorities “gaslighting” society when it tries to make us think there is no Immigrant Crime Wave even though the proof is all around us. James also talks about “self loathing” Germans and the amazing double standard when it comes to immigration. […]