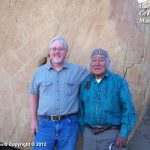 Gary A. David is an author and independent researcher who has studied Southwestern archaeological ruins and rock art for over twenty-five years.

The Hopis goal is to keep the world in balance. The Hopi are called The People of Peace. Author Gary David discusses the Hopi cosmology and ancient lore which holds that they came from the Orion Constellation. There is a one to one correlation between the position of the stars that make up the Orion Constellation with current and past Hopi Settlements on the ground in Arizona.
The Hopi God Masau’u is central to the Lore of the Hopi. Gary discusses the Hopi Sipapu, The Ant People and the relationship the Hopi have with the Nagas Serpent People. 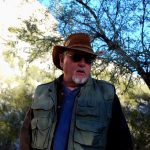 In Part 2 Gary David discusses the Dog People of Chaco Canyon New Mexico and the large settlement there built by the Dog People which has a direct correlation to the star Sirius.
Gary discusses the Lakota Star Chart on a Buffalo Hide which is at least three thousand years old. The Hopi Stone Tablets given to the Hopi by their god Masau’u is discussed as well as the Hopi Snake Clan and the Serpent Towers of Arizona. 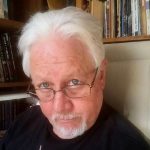 Gary’s Website: www.theorionzone.com, Star Map
Gary’s Books: The Orion Zone, Eye of the Phoenix, The Kivas of Heaven, Star Shrines and Earthworks of the Desert Southwest, Mirrors of Orion

Eve Lorgen of evelorgen.com and alienlovebite.com returns to The Cosmic Switchboard Show to talk about a recent article by her colleague Maarit, a Female Milab from Scandinavia. Eve discusses the “Natural Original Awareness” versus the Demiurge A.I. in Maarit’s article. In Part 2 Eve Lorgen discusses more aspects of the Demiurge A.I. Control System as wellas The Alien Love Bite/Drama of the Love Obsession. […]

In Part 1 Sandra Fecht, a Counsellor who has worked with many survivors of Satanic Ritual Abuse (SRA). Sandra relates accounts she has heard from SRA survivors who reported seeing Reptilians at Satanic Rituals. In […]