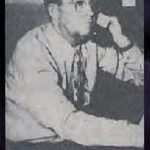 Today countless Americans are in fear of losing their Constitutional Rights. To some of the citizens of Roswell New Mexico in 1947 and in the decades afterwards, the loss of their Constitutional Rights became a jarring reality. The story of what happened to citizens such as Sheriff George Wilcox, Rancher William “Mac” Brazel, twelve year old Frankie Rowe and others is proof positive that what crashed in the New Mexican Desert in early July 1947 was NOT a weather balloon. Extreme measures including intimidation, the silencing of witnesses and threats of physical harm up to and including violent death were meted out to civilian eyewitnesses at Roswell. 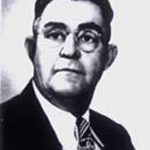 Rancher William “Mac” Brazel stumbled across the huge debris field and went first to Sheriff George Wilcox office to demand that the debris field be cleaned up. He was instructed to tell the Army Air Force at Roswell Army Air Field about his dilemma. Later Mac Brazel would tell close family and friends that letting the military authorities know about the debris field was the worst mistake he had ever made in his life. Mac Brazel was abducted off the streets of Roswell by the military and held in detention for several days. He would later describe the detainment as being in “jail.” Brazel had held some of the material in his hands and had apparently seen the alien bodies as well. It was Mac Brazel who had brought 509th Bomb Wing Intelligence Officer Major Jesse Marcel and Captain Sheridan Cavitt of the Army Counterintelligence Corps (CIC) out to the debris field. Later, Mac’s son Vernon would abruptly leave home, abandon his car, move to another state, adopt a different name and marry a woman without telling her who he really was and where he had come from. Upon Vernon’s death, she tried to claim benefits and when she submitted his social security number it pulled up the name Vernon Brazel which was a complete mystery to her. For whatever reason, Vernon felt compelled to leave his family and everything behind and move to another state, assume a fake identity and never contact his family again.

It was known that one of Mac Brazel’s other sons Bill Brazel, also handled some of the wreckage. The Army later returned to the Brazel Family Home and demanded that any and all pieces of the alien craft retained by the Brazel family should be returned immediately to the custody of the military. 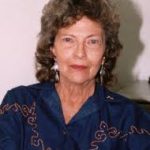 Frankie Rowe was twelve years old at the time of the Roswell Event. Her Father Dan Dwyer was a fire fighter with the Roswell Fire Department. Frankie was in town for a dental appointment and afterwards she walked to the Fire Station to await her father who would then drive her back home. Her father was at the crash site of the alien craft. While at the fire department, Frankie was shown a piece of the memory metal. She held it in her hand and she described it as feeling like water or mercury. When she opened her hand, the material immediately spread itself out and flattened itself. Later she was visited by an officer from the air base and threatened with death if she ever told anybody about what she had seen, heard or experienced. Frankie Rowe was traumatized by this experience and for many years afterwards would choke up when recounting the story of the army officer looming over her and threatening her and pounding a baton into his open palm for emphasis.

There is an element of Human Tragedy to the Roswell Story. It is not merely the story of a crash retrieval by military and federal authorities of an alien space craft and its occupants both living and dead. It is the story of people and the harassment and intimidation meted out to people who as Fate would have it, happened to know more about what really happened outside of Roswell than the military authorities were comfortable with. These people knew the cover story of a “Weather Balloon” was an outrageous lie. The military would not have threatened people with death over a weather balloon. Unfortunately what happened to the eyewitnesses at Roswell is not an isolated case where the subject of Aliens, Alien Craft and the recovery of Alien Craft and Bodies is concerned. To the citizens of Roswell New Mexico, the concept of losing one’s rights to an all powerful government that cares not a whit about the well being of its citizens is not a “conspiracy theory.” These people lived through the experience and sadly, some such as Sheriff George Wilcox died an untimely, tragic and unnecessary death as a direct result of the Roswell Cover-up.

Tony Sayers Voyage of Self Discovery

Tony Sayers of the Transcending Times website discusses his personal journey, his healing work and his observations of the Surface 3D World as well as his perspective of the Interdimensional Interference Aspects of this control system. […]

Veteran Area 51 Watcher and Deep Black Aerospace Expert Jim Goodall returns to the Cosmic Switchboard Show to talk about Bob Lazar and a UFO sighting reported by a SR-71 pilot as well as a variety of other subjects. […]