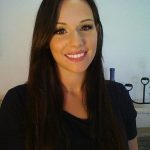 Jennifer Constantine, Tarot Reader, Experiencer, Milab and Private Investigator discusses the DNC “Swamp” in Broward County Florida as well as strange phenomena that occurs in that region. Jennifer’s father is a high level State Department Security Official and Jennifer describes what it was like growing up in a family with high level connections.

In Part 2 Jennifer Constantine continues her discussion about the Florida Swamp Vortex, overt and covert ops in Florida and much more.

James Bartley discusses the appointment of John Bolton as National Security Advisor and what “the Salvador Option” means. James also talks about the implications of the possible appointment of Admiral Scott Stearney as Commander of the 5th Fleet in the Persian Gulf and recent military training in the Mediterranean. […]

Patricia Farrington from Sirius With Love

In Part 1 Patricia Farrington talks about her memories of coming to Earth long ago from the Sirius System. Patricia’s Mother was adopted into a military family. Patricia was subjected at an early age to […]

Lea Kapiteli returns to The Cosmic Switchboard Show to discuss her incarnation on
Atlantis during which Atlantean civilization corrupted from within and eventually was destroyed due to misuse of crystal power. Lea talks about life as a second class “Mundane” who had little or no psychic ability. She talks about the difficulties she had with her powerful matriarch mother and her sibling rivalry with her very psychic half sister. […]