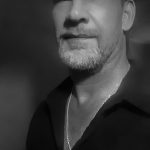 Mike Paterson returns to The Cosmic Switchboardd Show to talk about his continuing encounters with a Sasquatch Tribe and a Sasquatch Elder in particular named Nef.

In Part 1 Mike Paterson returns to The Cosmic Switchboard Show to talk about his ongoing encounters with a tribe of Sasquatch in the wilds of Ontario Canada.

In Part 2 Mike talks about the Interdimensional nature of Sasquatch and how if Humanity doesn’t protect itself it may wind up as a form of Automated Cyborg.

**A note to our Dear Members. At the start of Part 2 Mike Paterson and I discuss ongoing harassment that Mike has received from black ops as well as a known government disinformation shill and troublemaker. I reference this information in Part 1 but it is a different part 1 to what you have just heard or watched. Mike decided we should redo part 1 because he felt by exposing the identity of this shill and all the damage he’s caused, it may cause him even more problems at this time. So we filmed a whole different part 1 section.

Lea Kapiteli returns to The Cosmic Switchboard Show to discuss her incarnation on
Atlantis during which Atlantean civilization corrupted from within and eventually was destroyed due to misuse of crystal power. Lea talks about life as a second class “Mundane” who had little or no psychic ability. She talks about the difficulties she had with her powerful matriarch mother and her sibling rivalry with her very psychic half sister. […]

Dhayaphim, Milab, ET Contactee and Alternate Reality Jumper returns to The Cosmic Switchboard Show to give her views on the ongoing Plandemic Lockdown. This interview was recorded on March 19th before most of these lockdowns were started. […]