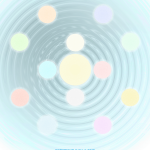 Dhayaphim, Milab, ET Contactee and Alternate Reality Jumper returns to The Cosmic Switchboard Show to give her views on the ongoing Plandemic Lockdown. This interview was recorded on March 19th before most of these lockdowns were started.

Richard Smith is a longtime UFO Researcher and ET Contactee. Since 2012 he has been leading the John Ford Initiative. John Ford has been described as “the Nelson Mandela” of UFOLOGY. John Ford is the […]

James Bartley discusses the ability of Reptilians and other Archontic Entities to input Thoughts and Impressions into peoples’ minds in order to influence them. James talks about the archontic nature of Kleptomaniacs and Pathological Liars. […]

In the first of a series, James Bartley brings together for the very first time a panel discussion featuring Milabs who have been to Alternate Realities. Delta (formerly Dhayaphim) and Logan have been on The Cosmic Switchboard in the past. This panel was long overdue. These milabs have not only taken part in Ops in this reality but in Alternate Realities as well. […]