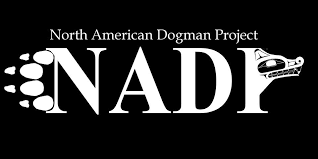 Joedy Cook discusses the Dogman, a humanoid Wolf Being that has been reported down through the Ages. Joedy and his team investigated the many Dogman sightings in and around Germantown Ohio. Joedy reveals what he has learned from military sources about Humanoid Wolf Extraterrestrails.

In Part 2 Joedy Cook talks about the harassment and surveillance his Team experienced as a result of their investigations into the Dogman Activity in the dreaded “Land Between the Lakes (LBL) Kentucky. Joedy reveals what a dying Fish and Game Warden told him about what a Dogman did in the LBL.

Steve Mera discusses The Phenomena Project with Psychic Donald Philips. Steve also discusses the mystical, metaphyiscal aspects of UFOs, Portals, Stargates and a variety of other subjects. This is a very informative interview by one of the world’s leading authorities on the Paranormal. […]

Chad Stuemke joins us at The Cosmic Switchboard Show to discuss Indian Burial Mounds, Electromagnetic Anomalies, Portals and Gateways to the Orion Constellation. […]