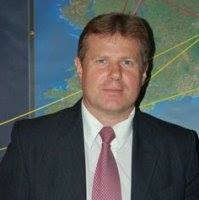 Veteran UFO Investigator Gary Heseltine discusses UFO sightings by Police in the UK. Gary has a background in Law Enforcement and during his time in the Royal Air Force provided security for Nuclear Weapons. Gary discusses two of the most important cases in UK UFO History, namely the Tony Dodd Case and the Alan Godfrey Case. Both worked in law enforcement. Gary also discusses certain military bases in the UK which seem to be involved in the UFO phenomenon as well as certain large underground bases in the UK. Gary has compiled the largest Police UFO Reporting Database in the world.
In Part 2 Gary Heseltine talks about the Rendlesham Forest Incident and the never ending efforts to discredit and demonize the key witness Larry Warren. Retired Lt. Colonel Charles Halt has vilified and demonized Warren for some time and Gary describes in detail the role Halt has played in this cover up.
It was Larry Warren working through retired Law Enforcement Officer Lawrence Fawcett and Citizens Against UFO Secrecy (CAUS) which resulted in the Freedom Of Information Act (FOIA) Request which led to the release of the so called “Halt Memorandum” which made Halt famous in the first place. This is one of the supreme ironies of the Rendlesham Forest Incident(s). Gary talks about how retired Sergeant Adrian Bustinza had corroborated Larry’s story about the events at Capel Green but then recanted due in all likelihood to pressure exerted upon him. Gary Heseltine had publicly released the fact that Charles Halt stated to him personally that a number of Air Force Personnel had suffered from “Missing Time” in the forest suggesting perhaps they had been abducted by aliens. Halt now denies he said this to Gary Heseltine. All of this calls into question the credibility of retired Lt. Colonel Charles Halt himself who has been at the forefront as far demonizing Larry Warren is concerned as well as controlling the narrative. Halt is directly connected with a group of U.K. Trolls who have harassed and slandered both Larry Warren and Gary Heseltine. This is a MUST LISTEN to segment.
Gary’s Websites: UFO Truth Magazine & PRUFOS Police Database

Paul talks about other cryptids as well including a being that resembles a large Gorilla which has metaphysical abilities and a large Cat like being. […]