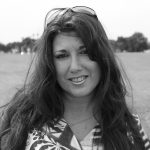 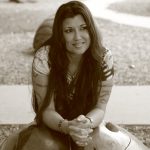 Lauda Leon is a forensic ‘anomalous’ profiler, Spirit seer, holographic kinetics practitioner and quantum energy shifter. Lauda has studied the fields of psychology, anthropology, archeology and environmental politics at a university level. Lauda is a survivor of military and alien abductions. Lauda’s life goal is “revealing the game”

In this weeks segment of Bartley‘s Commentaries on the Cosmic Wars, Lauda Leon returns to talk about how Babylon has been brought back to Earth and how the Earth will split into essentially two parts and everyone on this planet will either go to one Earth or the other. Lauda talks about the Disharmonic Resonance at work. We are in a time where relationships are breaking up…where nations are being fragmented and destroyed. Despite all this there is tremendous opportunity for those who want to make a clean break from the older paradigm. We are going into a Crystalline Harmonic. Carbon Life is death based and machine based. Sharia Law is discussed and the A.I. Sentient Overlay.

This week James Bartley is interviewed by Dean. James Bartley brings a wealth of knowledge about some of his alien experiences as well as, artificial intelligence, dream scape, manipulation, Silicon Valley and more. […] […]

Growing up in Munich, Germany, Bernhard moved to California in 1994 to study drums and percussion at the ‘Percussion Institute of Technology’ (PIT), Los Angeles. His exploration into rhythm and music became a journey of self-discovery and […]