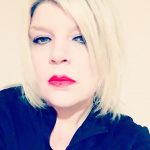 Sue is a former scientist with Bachelor of Science Degree in Biochemistry and Microbiology and has worked in the pharmaceutical industry for over a decade. She  has qualifications in Mycology and from the Australian Institute of Management in training, management, public speaking and project management.

Even though Sue has been awake and sensitive to energies and had experiences with spirit, extraterrestrials and interdimensionals from a young age she didn’t fully awaken until the birth of her third child. She experienced an intense awakening where she battled with her left, right brain and academic programs and then eventually left her successful career.
Sue is a natural born psychic, medium, healer and teacher. She was guided by spirit to do this work and she had awareness return of her role on Gaia. Sue says her main role is to get her clients back on the right path by removing energetic blocks, help them ascend to higher levels of consciousness and empower themselves. Sue  runs workshops on psychic development and other metaphysical subjects. She does house clearings some involving removal of entities and shutting portals. Her work also involves clearing blocks, traumas and cycles from past lives and timelines. She tunes into her clients and downloads knowledge required to help them. She has had much success with the techniques she uses which are all ancient knowledge and not learnt from any traditional schools. She is a contactee and experiencer and recalls a lot of conscious memory on craft and with beings including attending school and activations of DNA and also some awareness of her multidimensional self. Most of her experiences have been positive but she has the ability to see many beings including negative entities who she clears and removes from locations and people. 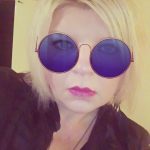 Sue is currently working on her book, website and writing articles and modules for future teaching and activating of her students and clients. She will be running a Tarot course, meditation class and several support groups one including star kids. She has two Facebook groups Spirituality and Science and Extraterrestrial and Interdimensional Awakening. Sue is also mentioned in several books including Mary Rodwells new book The New Human: Awakening to our Cosmic Heritage and Dermot Kellys WEIRD- A Reality Words Can’t Explain.

Sue Plavetic Waters is a gifted Medium, ET Contactee who clears homes of unwanted or displaced spirits and entities. Sue also closes portals in homes. Sue talks about how she has had to learn how to control her gifts. For a while the experiences and energies were overwhelming to her. She had to consult the help of a Medium in order to learn how to control her gifts. She talks about how she went through various stages. First she had to deal with Spirits who sought her out and later began walking through her home. Then Shadow Beings began manifesting in her home. Then caped beings, then Robed Beings and eventually higher dimensional ETs. She talks about being trained in her dreams by Native American Spirit Elders as well as being trained in “schools” and being taught inside ET craft. Sue Plavetic Waters also talks about how she locates and then closes portals in homes.

In Part 2 Sue Plavetic Waters talks about her work clearing houses of negative entities including reptilians as well as the spirits of the deceased who need to leave the house and continue their spiritual journey. Sue talks about closing portals and vortexes and describes a case when numerous reptilians used a portal entry over a drug dealer’s house (possibly Methamphetamine) to in Sue’s words “infest” an entire neighbourhood. These infestations can lead to instances of domestic violence, depression, suicidal ideations etc throughout the affected areas. She talks about the “psychometry” of a house i.e. its energetic fingerprint and how she sees how entities can attach themselves to peoples auric fields and physical bodies. Sue reminds each one of us that we have a quantum multidimensional potential to effect positive changes on this planet and in our own lives and in the lives of others.

Sue Plavetic returns to The Cosmic Switchboard Show to discuss her recent work and findings as an energetic psychic “House Cleaner” removing unwanted pests such as negative entities, closing portals and the like. Sue discusses the ability of certain entities or spirits to merge dimensions in particular places. Sue also describes the “Black Dots” and “Black Energy” she sees in and around people and places. Sue talks about the dark energies and entities that are to be found at Mobile Phone Towers. […]

Voices of Milabs – Karol on Mars

About Karol Karol has been taken to The Moon and to Mars during the course of her life as a Milab Operative. She has taken part in combat missions against people and against what appear […]