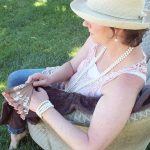 Naome is adept at inner remote viewing, she is a door opener to the quantum world. She gives you the clarity and inner insight to shift into an organic field of pure energy. Naome is diverse at removing implants, sexual vampirism, Interdimensional entities, and accumulated emotions. Her sharp intelligence decodes, reprograms, reframes past time loops and dissolves inorganic matter through multi-level dimensions and time lines. Naome’s capability to discover hidden messages in past lives and inner child wounds, operating in the background is inner -freedom. 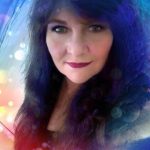 Debra Jayne East grew up in a rural town in Virginia and from an early age she had an interest in writing, astronomy and science. In 1968, close to midnight, her family went outside to see what their German Shepard dog was barking at. Looming over the hill, a lens shaped object the size of a tractor trailer with a rotating band artof blue, white and red lights hovered silently in the moonlight.
In 1987 after a large UFO flap in Wytheville, Virginia. After hundreds of sightings by military, the sheriff’s department and many locals, including radio newscaster Danny Gordon, her parents woke up to find a strange triangle shaped landing marks in their back field.
After her career and raising a family, Ms. East returned to her first love and began writing paranormal books and also researching the UFO phenomenon. This led to her hosting her own radio show six years ago and she is still giving people a voice to tell their stories today. 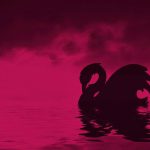 Naome Swan and Debra Jayne East return to the Cosmic Switchboard Show to discuss Naome’s Swan’s latest article “Embodying the Divine Feminine.” Naome discusses the “Second Attention” which many women feel compelled to resort to in order to get by in this world. Naome also talks about Predator Power as well as Determinism and how it plays a role in shaping our lives.

In Part 2 Naome Swan discusses the Sex Kitten Beta Programming and its implications for men as well as women. Naome talks about how she learned she had been sexually abused by her grandfather and how that abusive predator energy was eventually released and her physical reaction to this release of this predator energy.

Naome and Debra Jayne East also continue the discussion about Determinism and how some women continue to subconsciously operate under Deterministic Programs.

Kim Russell, host of “Tunnel Talk” and “Haunted Reality TV” talks about her many paranormal and supernatural experiences. She has lived in high activity areas like the Tehachapi Valley, Ridgecrest and Las Vegas. She talks […]

About James Bartley James Bartley has researched Alien Abductions, Reptilian Abductions and Military Abductions for over twenty five years. In Part 1 of Bartley‘s Commentaries on The Cosmic Wars, James discusses the possibility that we […]