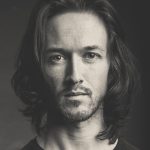 As the author of The Grand Illusion books and co-founder of Global Freedom Movement and the Global Freedom Truthiversity, Brendan is a visionary anchor for the new consciousness. He has a compassionate heart, keen intellect, no-bullshit humanitarianism, and a genuine loathing for political correctness. He advocates “broad spectrum awareness,” meaning a big-picture, well rounded, multi-faceted worldview – the result of years of study “connecting the dots” between the various rabbit holes. His life’s work is the awakening, healing, and educating of humanity.

Brendan Murphy discusses the radical new Feminism which seeks to marginalize and ultimately destroy the Divine Masculine. In today’s colleges and universities students are taught that we live in a “Rape Culture” where women are perpetual victims. A “victim consciousness” is being created in women and this mindset is being imported into Australia the same way its been imported into America. 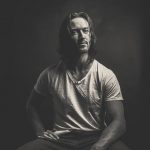 In part 2 Brendan Murphy discusses how Solfeggio Frequencies can play a role in DNA Activation. Brendan talks about what Science should really be in contrast to the dogmatic religion mainstream science has become. The Schuman Resonance is also discussed.

Professor Darrell Hamamoto, the author of “Servitors of Empire: Studies in the Dark Side of Asian America.” Professor Hamamoto talks about the emergence of Asian Social Justice Warriors and the complicity of the UC system […]