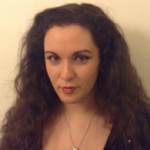 Charmaine is a ET human hybrid, Mantis, Lion being but mostly Reptilian. She has always had ET experiences and abductions and also spiritual and paranormal phenomena occur around her. She has also had negative encounters with military, secret societies, some ET’s and MILAB experiences. Charmaine has hybrid children that she does not have access to due to them being held by the military and secret societies. She works closely with various positive ET groups for the benefit of humanity including The Galactic Federation who have encouraged her to start an organisation to ‘Bridge The Divide Between Humanity, Hybrids & Aliens’. The Galactic Federation also wish her to start a health, education and retreat centre with cutting edge alternative therapies, support, counselling and regression for experiencers, abductees and hybrids as well as facilities for courses, workshops, conferences, art gallery, multimedia centre, library and space for other practitioners to facilitate in improving and maintaining people’s health and well being. Charmaine offers various services including nutrition, emotional freedom technique, intuitive healing body work and massage, life coaching, Reiki healing and courses. This year Charmaine is also running sacred sites tours and work shops for hybrids and experiencers.
Charmaine D’Rozario-Saytch is a Reptilian Human Hybrid who has shapeshifted into reptilian form at least twice. Charmaine talks about her experiences with the reptilians, various ET groups, Secret Societies and deep black elements of the Military. Charmaine
Charmine’s Website’s: The Galactic Federation

Pat Jackson, an Andromedan and Arcturan Contactee, talks about her experiences with the Draco, Arcturans, Andromedans and other ETs. Pat worked as a psychic within Law Enforcement and came under increasing harassment because of the deep corruption she discovered within the department she worked in. […]

Pierre Sabak, an expert on Ancient Symbolism and Etymology and author of groundbreaking books including “The Murder of Reality” and “Holographic Culture” provides ground breaking information about Reptilians and the Reptilian Overlordship. […]

Bringing Resolution and Balance Between the Reptilians and Humans

It was not until I was 52 years old that I received an answer as to why my life was filled with intense experiences and drama beyond the ‘norm’. I had a soul reading which […]