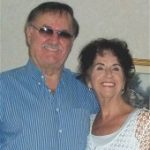 In 1978, Bob Luca was told by the Elders, “You do not die…”  While his wife and he experienced the Alien beings firsthand in multiple abductions. Bob and Betty endured the government’s harassment and extreme invasion into their private lives which started with yearly audits by the IRS that were beyond a doubt a form of harassment.  The FBI had them under surveillance which was verified when agents visited Bob’s place of employment to question co-workers on his whereabouts when they lost track of the couple. When their Cheshire Connecticut home was broken into by what they could only assume was some Government agency they were drugged and left with nowhere to turn for help.  They also discovered that their phones were being tapped and often they found themselves being followed by unidentified cars with license plates that came back as un-issued when run through police computers. Their home computer was hacked by the Department of Defense twice in a forty eight hour period. Unknown to most people is the fact that they were the first to interview Larry warren of the now famous Rendlesham Forest incident which led to the public disclosure of this event. The couple to this day wants the truth to be known and all of the Governments cover up to be exposed so that all may benefit from the technology that has for so long been withheld from the public.

Bob Luca, co-author of “A Lifting of the Veil” discusses more details about the government harassment he and his wife Betty Andreasson Luca endured. Bob talks about the nature of the UFO Cover Up and quotes famous people who attested to the reality of the UFO/Alien Presence here on Earth. Bob discusses a “men in black” incident involving four Asian looking MIBs who were wearing dark clothes, dark hats and seemed to do things in unison.

Bob also discusses an alien abduction from a drive in theatre. 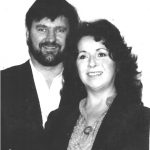 Bob Luca’s Book: A Lifting of the Veil

KeithAZ is a Lyran Contactee and an Alien Abductee who has had encounters with Greys and Mantis Beings. KeithAZ is a musician and an electronic technician and is the co-host for the very popular Ground […]

Milab Operations PDF By James Bartley, ©2006 All Rights Reserved Milabs are legitimate alien abductees who are trained by elements of the deep black military to perform specific tasks. Some milabs have developed a dissociative […]