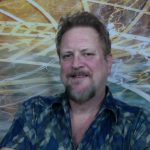 Astrologer Robert Phoenix discusses Transits, Conjunctions and Forecasts for the future of America and the World.

Astrologer, writer, broadcaster, social commentator, Robert Phoenix has been engaged in the esoteric arts and healing since the mid-eighties. From 1994 through 2000, Robert was a tele-psychic and tarot reader, being on the ground floor of the intuitive revolution, highlighted by the Uranus/Neptune conjunction from that period.
During that time he was trained by the late, psychic/medium, Karen Lundegard, who inspired Amy Tan’s, “Saving A Fish From Drowning.”
In 2008, Robert Phoenix.com which quickly became a cutting edge website using astrology to decode contemporary culture. Between my Robert Phoenix.com, You Tube, Spreaker and BlogTalk Radio over three million people have read, listened to and watched his content.
In 2013/14 he produced and appeared in twenty-five episodes of “The Eleventh House” on Gaia.Tv. To this day, they are some of the most viewed shows on the network.

James discusses the Lions Gate Portal of energy streaming in from the Galactic Core and routed through the Constellation of Leo, Sirius and our Sun. These energies are competing with the negative energies being spewed out from the lower dimensions and working through the hybrid minions on the Surface. James talks about a false pretext for war with North Korea and perhaps China. […]