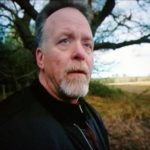 Larry Warren joins us at The Cosmic Switchboard Show to discuss his time in the Air Force, his training and his eventual posting to RAF Bentwaters adjacent to the Rendlesham Forest. Larry talks about all the harassment and interference he has received as being the first eyewitness to come forward. It was Larry’s information which led to the release of the so-called “Halt Memorandum.”

Larry describes the events in the Third Night at Rendlesham Forest that led to the encounter between the Wing Commander Gordon Williams with three Non-Human Life Forms at Capel Green.

In Part 2 Larry Warren goes into detail as far as the Third Night at Rendlesham is concerned as well as the aftermath which included being drugged and taken into an underground base beneath RAF Bentwaters.

Larry shares information about his long time involvement with the UFO Community and his interactions with some of the key figures of the past. Not many people know this but Larry was present with Bob Lazar and John Lear when Lear took the famous video of the Sport Model being test flown at the Papoose Mountain Range S4 Complex.

Larry also discusses Paul Bennewitz as well as his meeting with Jackie Gleason. Larry was the first to relate Gleason’s story about Gleason’s being taken to Homestead AFB by President Nixon to view deceased alien bodies from a recent crash retrieval of an alien craft.

Eve Lorgen returns to The Cosmic Switchboard Show. Eve talks about Spiritual Navigation through the Matrix. […]

Veteran Paranormal Investigator Stan Gordon discusses the UFO-Bigfoot Connection. In Part 1 Stan talks about the many cases he and his research team investigated involving simultaneous reports of UFOs and Bigfoot. Stan goes into detail […]

Geoff Brady, longtime UFO Investigator talks about his experiences and what he’s captured on video of UFOs some of which actually try to mimic the appearance of other aerial objects. […]