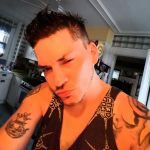 “The powers that be purposely suppressed our consciousness. Placing a veil over our pineal glands or third eye.  We are not trapped on this material plane, and can go beyond our five senses.  Laying dormant inside our DNA is our true abilities. ” –Ra Castaldo

In Part 1 Ra Castaldo will discuss his being born into an ancient bloodline of hereditary Strega Mystics which date back to Ancient Italy. The Strega Mystics are healers and dream readers who commune with and can evoke the spirits of Plants. His hereditary 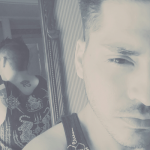 Strega line have been guarding the secrets about an interdimensional portal beneath Lake Nemi in Italy they refer to as “Diana’s Mirror.” Ra describes his Near Death Experience which resulted in his first contact with the legendary Grigori. As a result of this NDE and Shamanic Initiation, he developed the ability to have Dream Prophecies, Mystical and Interdimensional Experiences. One prophetic dream he had involves the possibility of an Artificial Intelligence Takeover of this world. 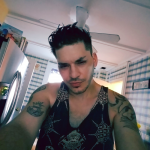 In Part 2 Ra Castaldo describes how he wound up at a house that was situated above a reptilian nest and how he shared a household with people who were hosts for reptilian entities. After meeting a homeless man several times, Ra runs into him again when Ra is playing his guitar for money. This time the man is dressed in a suit and is wearing nice shoes and has his beard trimmed. He makes Ra a  bargain to exchange his soul for money and power. Ra refuses and the Man’s eyes turn bright red. 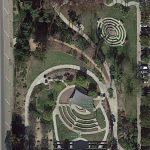 Ra describes an experience with an interdimensional portal. Later Ra was detained by the local police and wound up in an underground base where he had blood forcibly removed without his consent.

Bringing Resolution and Balance Between the Reptilians and Humans

It was not until I was 52 years old that I received an answer as to why my life was filled with intense experiences and drama beyond the ‘norm’. I had a soul reading which […]

Clairvoyant, Psychic Reader and lifelong ET Contactee Solreta Antaria talks about her life growing up with a variety of unusual experiences. Solreta is a psychic reader and clairvoyant. […]

Pat Jackson, an Andromedan and Arcturan Contactee, talks about her experiences with the Draco, Arcturans, Andromedans and other ETs. Pat worked as a psychic within Law Enforcement and came under increasing harassment because of the deep corruption she discovered within the department she worked in. […]