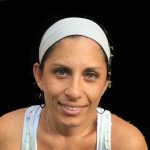 Emily brings to the table a unique blend of experience and research, as well as her skills in analysis and translation of trends and ideas in the cultures of alternative cyberspace, the arts, sports, and human development. She is currently working on developing the new media content of OffPlanet and finding new ideas, voices, and concepts for our ever evolving innerstandings.

Emily Moyer of Off Planet Radio discusses the Predatory Nature of the adults in and around Women’s (female teen age and young adult) Gymnastics. Emily talks about the Underground Dance Scene and what she learned by observing the people and the entities within it.
In Part 2 Emily Moyer continues her discussion about the Underground Dance Scene and the entities and energy fields she has observed. Emily also talks about Sugar as Programmable Matter.
Emily’s Website: OffPlanet Radio 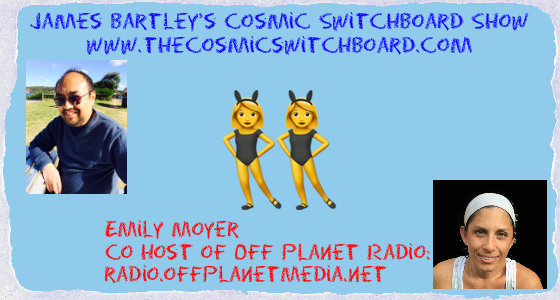 About James Bartley James Bartley has researched Alien Abductions, Reptilian Abductions and Military Abductions for over twenty five years. Summary In this week’s segment of Bartley’s Commentaries on the Cosmic Wars, James discusses the longtime […]

In Part 1 Sandra Fecht, a Counsellor who has worked with many survivors of Satanic Ritual Abuse (SRA). Sandra relates accounts she has heard from SRA survivors who reported seeing Reptilians at Satanic Rituals. In […]