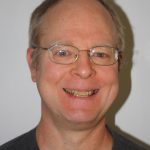 Alan Ritter is a PhD chemist, who is interested in a new society. To start that up he is actively creating a Produce Club in the Philadelphia PA USA area. He is presently using commercial agriculture produce bought at wholesale prices to drastically reduce the costs to eat whole foods for his Club members.

In the summer he does buy from local farms and his medium term goal is local. Alan is in this social microcosm as it is something he can start and it will lead to a like minded group ready for the next stages of changing society.

In Part 1 Alan Ritter discusses how Plants nourish soil by culturing bacteria and how Annual Agriculture combined with Corporate Law turns the Earth into deserts and wastelands. The Land Stewardship by the ruling elite has destroyed one fertile and verdant lands. He talks about how he decided to go to a Raw Food diet. 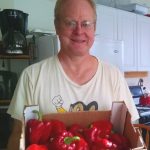 In Part 2 Randy discusses “the Saviour Program” which many self appointed Gurus are pushing and how it ties into the Bogus Disclosure/Secret Space Program narrative..
[…]