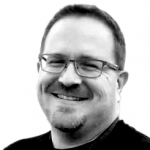 Richard Smith is a longtime UFO Researcher and ET Contactee. Since 2012 he has been leading the John Ford Initiative. John Ford has been described as “the Nelson Mandela” of UFOLOGY. John Ford is the Founder and Director of the Long Island UFO Network (LIUFON). John Ford personally investigated three UFO Crash Retrievals (Moriches Bay, Southaven Park and Pine Barrens) and as a result of his investigations, he ran afoul of the control system in Suffolk County Long Island. John Ford was set up on a phony charge of plotting to assassinate local government officials, was set up in a sting operation which featured undercover operatives who posed as friends, and as a result was arrested and has been detained in the Mid Hudson Forensic Psychiatric Center in Long Island for the last twenty years.

The Mutual UFO Network first tried to access the personal information of witnesses to the UFO Crash Retrieval Events but was rebuffed by John Ford who sought to preserve the anonymity of his eye witnesses. Later after John Ford was unjustly incarcerated, MUFON not only turned their back on John Ford but vilified and ousted MUFON State Section Director Elaine Douglas from MUFON because she tried to raise Grass Roots support for John Ford.
Richard Smith’s Websites: ufoteacher.com and initiative.ufoteacher.com and humanoriginsconference.com
Donate to free John Ford: Paypal Donation

James Bartley discusses the appointment of John Bolton as National Security Advisor and what “the Salvador Option” means. James also talks about the implications of the possible appointment of Admiral Scott Stearney as Commander of the 5th Fleet in the Persian Gulf and recent military training in the Mediterranean. […]

David Wargon returns to The Cosmic Switchboard Show to talk about many of the inexplicable “Little Things” including encounters with orbs, ufos fairies and shadow beings which have happened to him over the years, some of which are quite remarkable. In Part 2 of David Wargon’s interview David discusses a wide variety of topics including unusual phenomena, the DEW “Wildfires” and much more. […]