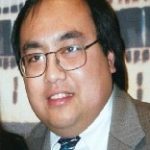 In Part 1 of Bartley’s Commentaries on The Cosmic Wars, James Bartley discusses the Alien Attacks on Humans in Brazil in 1977 and the resultant loss of Hemoglobin in the victims and its implications. James also talks about Terraforming, the War on Carbon and Oxygen, the Information Field/Morphic Resonance and the eradication by someone or something of Giant Paleoancient Trees.

In Part 2 James Bartley elaborates on themes discussed in Part 1 including the Information Field, Porphyria and other key issues.